Conversations go on daily. Most people enjoy talking with family, friends, and others. Generally, our conversations are casual, cool, and calm. Occasionally, something will be said or done that will change the demeanor of our voice and the tone and volume of our words. The word of God contains many verbal interactions between people, some of which are good, while others are bad. Examples of this are seen in the book of Esther. Mordecai and Esther had a good exchange. (Chapter 4:13-17). On the other hand, Haman’s conversation with king Ahasuerus was evil. (Chapter 4:3-18).

There is coming a time when all conversations upon this earth will cease. When the spirit leaves the body, one will have met the appointment of death. (James 2:26; Hebrews 9:27). “The words of the Preacher, the son of David” (Ecclesiastes 1:1), Solomon (1 Kings 2:1), were, “Then shall the dust return unto the earth as it was: and the spirit shall return unto God who gave it.” (Ecclesiastes 12:7). Luke 16:19-31 is a picture of what happens at death. The saved “beggar died, and was carried by angels into Abraham’s bosom.” (Verse 22). The repentant thief on the cross (Luke 23:40-42) died beside Jesus, and Jesus promised him, “Verily I say unto thee, To day shalt thou be with me in paradise.” (Verse 43). The greedy, selfish, uncaring “rich man also died, and was buried; and in hell he lift up his eyes, being in torments,….” (Luke 16:22, 23). The word “hell” in verse 23 is the Greek word HADES, meaning the place of the “unseen, i.e. ‘Hades’ or the place (state) of departed souls:–grave, hell.” (Strong’s Exhaustive Concordance of the Bible, P. 478). The word GEHENNA would have been used if this were speaking of eternal hell. (Strong’s, P. 478). GEHENNA comes after the final judgment at the end of the world. (2 Timothy 4:1; Matthew 24:36-51).

This short work is designed to make each reader think of and look at the present life he/she is living. It is hopeful that each one will take a serious look at the two places to go at death, and decide to make the proper choice, AND THEN DO SO. Except for those who “are alive and remain” ( 1 Thessalonians 4:17), all are going to Hades.

First, consider the paradise of God, Abraham’s bosom. We can know some things for sure, while other matters can be but speculation. We know for sure that the poor beggar went to a place of comfort when he died (Luke 16:25), which, by implication, he is now enjoying. Based upon the fact that conversations were going on in Abraham’s bosom, one wonders what the beggar must now be saying. Conjecture says he is most likely thanking God for deliverance from his deplorable and painful condition. One may picture him expressing gratitude for his present state of comfort. Can you not picture the former beggar speaking to others of the coming eternal abode with God, Jesus, the Holy Spirit, the holy angels, and the saved of all time. Likely, he is thinking of how great it is where he is. He may even be thanking God for fixing the great gulf (Luke 16:25), disallowing him or any other to leave this temporary stop before going to heaven? What must other saved ones be saying and doing? The writer has often wondered what beloved brethren who have gone on are doing at the moment of their funeral. It is doubtful that any who died in faith (Hebrews 11:13), from the least to the greatest, is speaking of any earthly accomplishments. This scribe pictures the saved speaking of the great and mighty and wonderful God who saved them by His grace when they did the works He gave them to do. (Ephesians 2:8-10). One can almost hear them giving God thanks for His mercy, longsuffering, love, justice, and so much more. They surely are experiencing the greatest joy they could have imagined, yea, beyond their imaginations. It is doubtful that any one of them is speaking of earthly accomplishments. It would be difficult to picture Noah bragging about building the ark (Genesis 6-8), of David speaking of his being King over Israel (2 Samuel 5 thru 1 Kings 2), of Solomon telling others of his kingship, wisdom and wealth (2 Kings 2ff), and many others. Those who have died recently are not likely to be speaking of their status in the church or their accomplishments, such as number of gospel meetings conducted, writing done, positions held, or any other earthly thing. As a good friend and beloved faithful gospel preacher, John G. Priola, said, “One might be telling another that he/she hoped the things he/she did may have saved some soul.”

Second, we have more inspired information about the conditions and statements of those in torments. The evil rich man said he was “in torments…in this flame.” (Luke 16:23, 25). He “cried and said, Father Abraham, have mercy on me, and send Lazarus, that he may dip the tip of his finger in water, and cool my tongue, for I am tormented in this flame.” (Verse 24). This was not done in the manner in which one usually hears it in the pulpit. This man was burning in fire; his tongue was in agony. He was likely screaming as one would who was being burned to death in a flaming house. It was an agonizing, hurting scream; a pleading, begging, crying for help and mercy. He was praying (Verse 27), but it was too late. He was now evangelistic, praying for his kindred to be taught (Verses 27, 28), but this, too, was not now possible. His riches meant nothing. His status due to his riches was worthless. He lived “having no hope, and without God in the world.” (Ephesians 2:12). He had the same opportunity to hear and obey God as did all at the time. (Matthew 10:6, 7). However, NOW, here he is in anguish in torment “without hope, and without God” from Hades and into eternity. He could have heard Jesus, obeyed him and been saved, BUT he made the wrong choice. He is irreversibly and eternally lost. He has nothing positive to which he can look. He will hear God judge the world by Jesus (2 Timothy 4:1), telling him, “Depart from me, ye cursed, into everlasting fire prepared for the devil and his angels” (Matthew 25:41), then he will be “cut…asunder, and appoint him his portion with the hypocrites: there shall be weeping and gnashing of teeth.” (Matthew 24:51).

Friend, it is not how long you live, but how well you live, that should guide and motivate you. You are going to die! It matters not how young or healthy you are. Things can change momentarily. If you met the appointment of death today, within the next hour, would you go to Paradise, Abraham’s bosom? Or, would you go to torment? Would you be comforted or tormented? Where would you then know you would be for eternity?

The fact that you are now reading this shows that you are alive, whether well or not. You still have the opportunity to come to Jesus. (Matthew 11:28-30). You may still open the door to Jesus. (Revelation 3:20). He will save you now. Once you are dead or should He come before you die, He will then become your Judge; He will no longer be your Savior. Obey Jesus now (2 Corinthians 6:2) today (Hebrews 3:7, 13, 15; 4:7), while you may. Do not wait until you are with the rich man in Hades to realize your need. Call the one who gave you this tract to assist you in obeying the One who lovingly suffered the shame of the cross and gave Himself, pouring out His blood for you. (Matthew 27; 26:28). 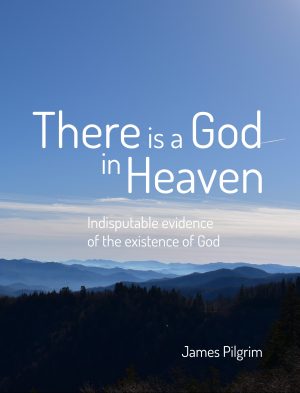